Tottenham forward Son Heung -min was involved in a furious row with team – mate Hugo Lloris at half- time in their side ’s 1- 0 win against Everton on … Continue Reading Son, Lloris clash as Spurs beat Everton 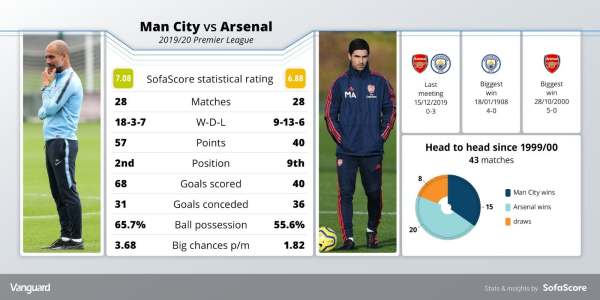 The Premier League makes its eagerly anticipated return on Wednesday after 100 days in lockdown, with Manchester City’s clash against Arsenal taking centre stage at the start of a frenetic … Continue Reading Premier League returns after 100-day virus exile

‘Without relegation, Liverpool shouldn’t be given the league’ – Barnes says PL must wait to resume

The former winger says that football must be flexible when the sport does begin again, even if that return is delayed for many monthsFormer Liverpool star John Barnes says that … Continue Reading ‘Without relegation, Liverpool shouldn’t be given the league’ – Barnes says PL must wait to resume

The Reds defender has impressed since breaking into Jurgen Klopp’s side, but he has not yet reached the level of the ex-United starLiverpool full-back Trent Alexander-Arnold has been tipped to … Continue Reading Rafael commends Trent Arnold

Manchester United will not be using the government’s furloughing scheme to protect around 900 full-time members of staff during the coronavirus pandemic. In an email addressed to all those affected, … Continue Reading Manchester United Mancity choose not to use government furlough scheme for staff

Coronavirus Fears, Liverpool May miss out on the Premier League Title

Entire football season ‘could be declared “null and void” if the Government orders sports events to be cancelled to combat the rapid spread of coronavirus’ Despite being 22 points clear, … Continue Reading Coronavirus Fears, Liverpool May miss out on the Premier League Title